Profile of Dairy Farm in Taiwan 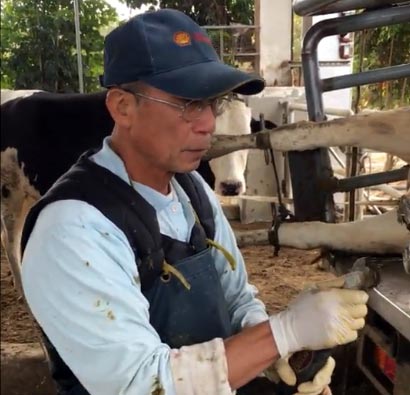 My name is Sven Kao and I’m from Taiwan. I currently work for Boss Tools, a company located in Tallahassee, Florida. A few months ago, we received an order for three of our Complete Cow Trimming Sets from Tzu-Han Yang, whom we later learned is a professional hoof trimmer in Taiwan. I decided to follow up with Tzu-Han Yang because we knew little about the diary cow hoof trimming market in Taiwan. I interviewed Tzu-Han via email.

Profile of dairy farm in Taiwan and Tzu-Han Yang

According to the Council of Agriculture Executive Yuan, the total number of cows in Taiwan, as of 2017, is 146,073. In Taiwan, farms that have cows typically own on average, 74. The total amount of the dairy farms in Taiwan is 551, and the average farm size is 2.8 acres. The Yang’s family hoof trimming business has been successfully operating for the past 20 years. Most of the farm owners in south Taiwan are their clients. Tzu-Han is the youngest (30 years old) in his family and works with his father, Ming-Hua.

“I just Googled it”

Tzu-Han said he was having a lot of difficulty learning how to effectively trim cow hooves with a manual hoof knife. He tried to find if there were any tools available that could replace the manual hoof knife and make his trimming experience easier. He even went as far as trying to use a laser knife that is used by surgeons. It didn’t take long for Tzu-Han to find the Boss Tools website (www.mybosstools.com). After having used the Hoof Boss, Tzu-Han has found that he and his father are now able to trim hooves faster and smoother than they had in the past.

According to Tzu-Han, “Farm owners in Taiwan do not really care about maintenance trimming. They believe it is unnecessary and don’t want to spend a penny on it. Some of them won’t even ask us to help them until they have found laminitis. Therefore, we only trim 15 to 25 cows on average per day, 30-35 at most because we usually have to deal with the laminitis as well.” When asking Tzu-Han about how they charge for their services, he replied, “If it’s just a regular maintenance, we will charge 7 USD for one foot. But if there is a laminitis, we will charge 14 USD for one foot.”

How do we cure laminitis?

“The way we deal with laminitis is to smear Oxineomycin and Lithospermum, which is dispatched by ourselves, on the infected part. Generally, cows will be recovered from laminitis after one treatment. Some severe laminitis may need more than one treatment but usually will be cured in three treatments at most.”

“Most of the hoof trimmers in Taiwan are still using 4 ½” angle grinder to roughly trim the hooves and then smooth clean the rest with a manual hoof knife. The reason that my uncle was persuaded to try the Hoof Boss was because the 4 ½” angle grinder is too heavy. He was eager to trim more than 10 cows a day but he couldn’t. However, after switching to Hoof Boss, he is able to trim at least 15-20 cows a day.”

Trimmer is better than Grinder

“In my opinion, the idea of the Hoof Boss is brilliant! First, it’s light enough to trim hooves without having any body pains after trimming with it for a long time. Second, although it looks small, it works as quick as the 4 ½” angle grinder when trimming the hooves. Also, it has the ability to make precise cuts inside the hooves while the grinder is not able to. Third, the electric hoof knife is safer than a 4 ½” angle grinder because the fragments taken out during trimming by the grinder may hurt your hands while the Hoof Boss doesn’t do that. The best part is, it took only 3 days for me to get used to it!”

Even the farm owners are willing to give it a try

When asking Tzu-Han the reason why he ordered three complete cow hoof trimming sets, he replied that, “We need an additional trimming set and the other two trimming sets were ordered for the other farm owners my family knew.”

Tzu-Han mentioned that the instructions that were included with the trimming set are extremely clear and precise. 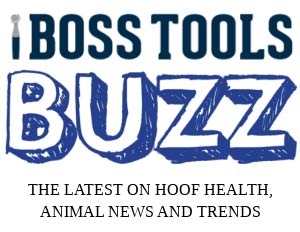 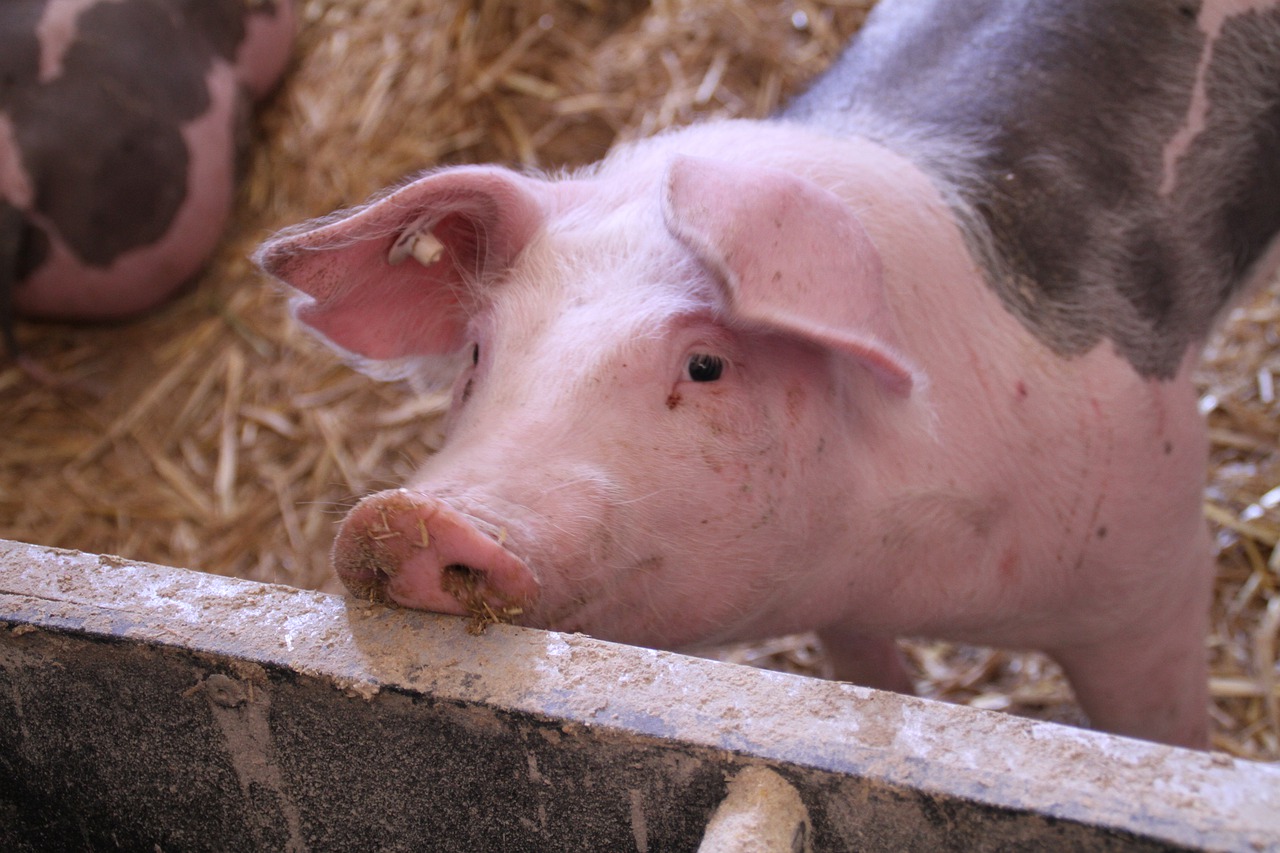 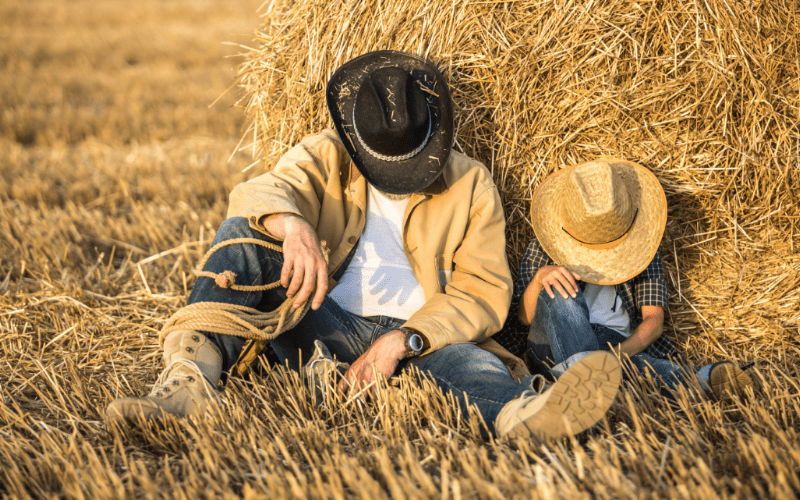 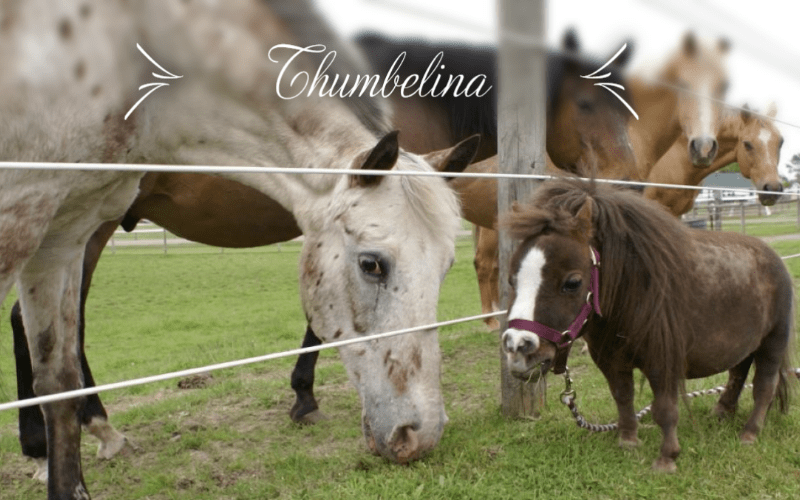 You are Never to Small to Make a Difference!